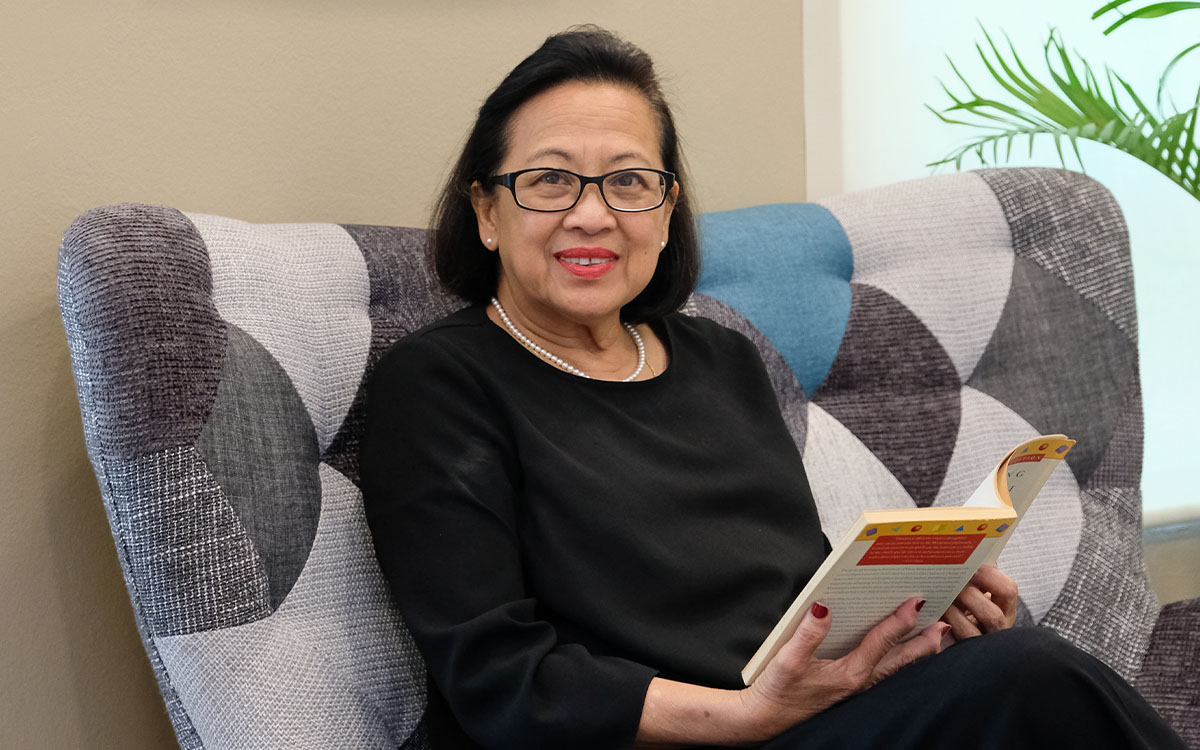 Maria Montessori and The children’s house

Known worldwide for establishing the Montessori method of education for young children in the 20th century, Dr. Maria Montessori devoted 45 years of her adult life to education. Even after a hundred years of its inception, the relevance of the Montessori approach makes it one of the most successful and sought after early years education pedagogies in the 21st century.

An anthropologist, psychologist, philosopher, educationist and doctor by profession, Montessori believed in the unique mind of the child that has real constructive energy and intellectual powers. Her books and lectures throughout this period described the nature and sensitivity of a child’s magical mind which she termed as The Absorbent Mind. She believed that there is a remarkable force in humans which is most powerful in the first phase of human life.

“The most important period of life is not the age of university studies, but the first one, the period from birth to the age of six,” she said. “For that is the time when man’s intelligence itself, his greatest implement, is being formed.”

After years of extensive study and observation, she documented a unique teaching approach called scientific pedagogy which was supported by teaching materials that were meticulously designed to fit a child’s hands.

Beginning of a revolution in Early Childhood Education

On 6th January 1907, Dr. Montessori established the first classroom for 60 underprivileged children aged between 2 to 6 years old in a poor area of Rome, known as Casa Dei Bambini (Children’s House). It was here that she decided to launch her scientific pedagogy and the prepared environment was carefully adapted to children’s size and abilities.

She replaced the heavy furniture with lighter and moveable tables, chairs, shelves and cupboards, and placed pictures on the walls. The teaching materials were arranged on the shelves in an orderly way, classified into different areas – Practical Life, Sensorial, Number Work, Language and Culture, beginning from simple tasks to complex activities. She believed that “The things the child sees, the child touches, the child feels, the child hears and the child solves are not just remembered, but they form part of their soul.”

The materials were presented systematically and children were given free access to do them as they please while she observed closely how they responded to the prepared environment. Eventually, the children’s behaviour changed from timid and wild as they were before to sociable and communicative. The young children progressed brilliantly and the news of Montessori’s education approach started spreading rapidly throughout Italy.

In 1909, Dr. Montessori conducted the first training session in her educational approach for 100 students. This was followed by the establishment of several Montessori schools, societies and training programmes all over the world. Over 100 years, the Montessori method has enabled the holistic development of children across the world moulding them into independent, compassionate and responsible members of society. 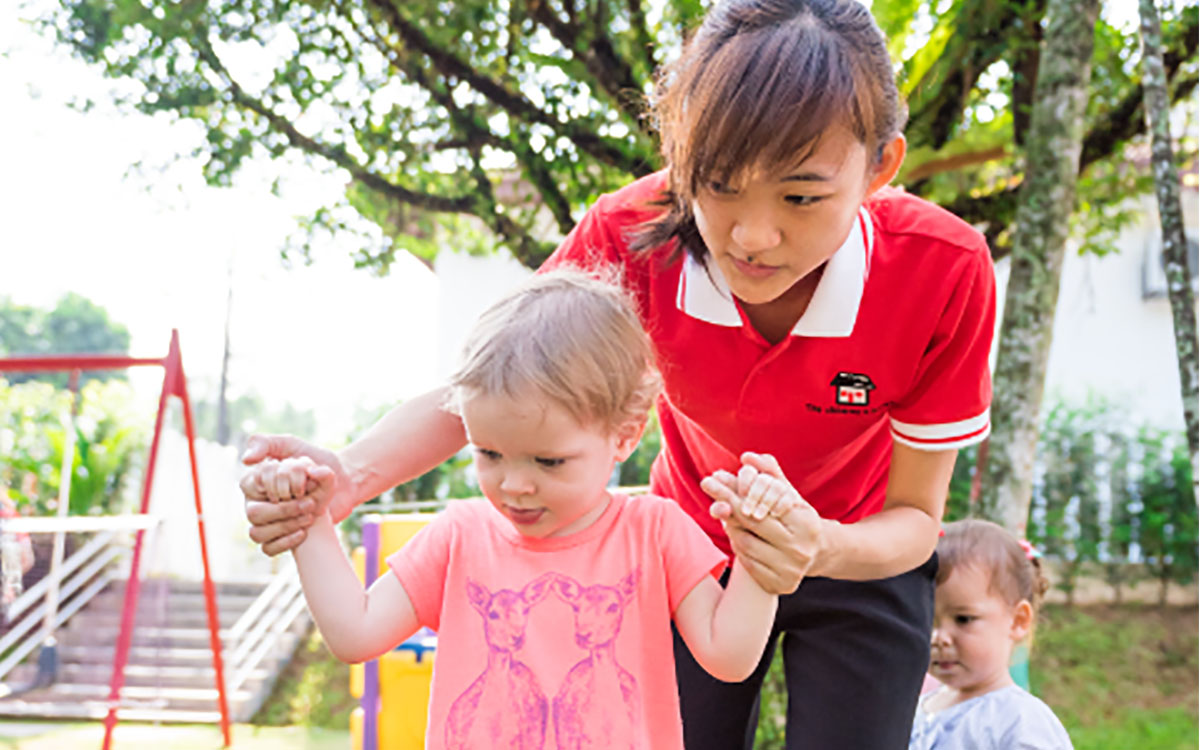 Turning over a new leaf – The Montessori Way

The Montessori philosophy and education not only touched the lives of hundreds and thousands of children but also reshaped the life of Nan Civel, the founder of The children’s house in Malaysia.

“One day, a thin leaflet was tossed to me by a friend who was a writer and was tired of my endless pondering. Significantly, 33 years to date, this small gesture changed my life forever. It was my first introduction to Montessori Philosophy and education. My life was completely transformed.”

This gave her the confidence to establish the first The children’s house in 5 Jalan Batai Barat in 1986. With a small team of a young teacher trainee, an administrator, a family cook and her 4-year-old son; imported materials from Europe and five children from Malaysia, Sweden, France, Denmark and England, The children’s house completely revolutionised the early childhood education landscape of Malaysia.

With more than three decades of rich experience in preschool education and 15 centres across Malaysia, Aunty Nan continues to be humbled and enthralled by scientific observations and focused research on Early childhood education from around the world. Having faced an acute shortage of qualified teachers with Montessori Diplomas in 1990, Aunty Nan subsequently established The Teacher’s House and developed comprehensive in-house training to enable educators to successfully facilitate the optimal learning and development of the children under their care. 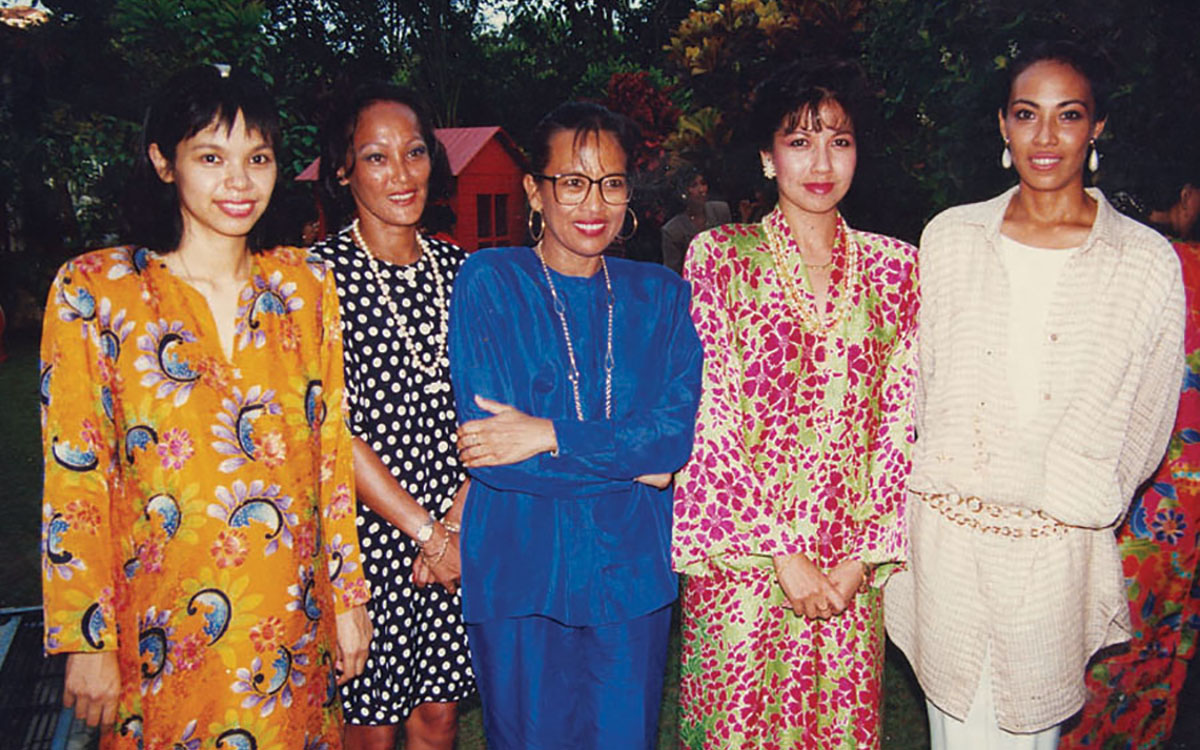 The children’s house – A constant in every change

The iconic red and white preschools of The children’s house have made their way into the hearts and minds of thousands of parents and children across Malaysia ever since its establishment in 1986. We value lifelong relationships and believe in establishing love and harmony amongst children, parents and educators.

Programmes at The children’s house nurture children to be well-rounded individuals who excel socially, emotionally, and intellectually. Spacious indoor and outdoor learning spaces, coupled with Montessori learning materials allow the stimulation of children’s senses. Our teachers are warm, loving, nurturing and respectful of every child. They are ever mindful of the need to help the children achieve their goals.

The school’s community deeply values respect – respect for teachers, parents, friends, nature and each other. The very thought of going back to The children’s house every day fills the children with absolute joy and excitement. The reason is that every area of the preschool has been specially designed to keep a child’s interests in mind.

“At The children’s house, children are the number one priority and the atmosphere is specially created to make children feel at home in a surrounding scaled down to a child’s dimensions.”
~Aunty Nan

The classrooms are spacious and often built to incorporate natural lighting so that the children do not feel restricted in a traditional closed structure. In addition to that, all the furniture and learning materials have been scaled down to fit a child. This means child-sized and child-friendly furniture to ensure the safety of our children while allowing them to enjoy learning comfortably and confidently.

With 35 years of success in early childhood education, The children’s house has proven that it is not just a Montessori pioneer in Malaysia, but a trusted companion in the growth and development of your child.