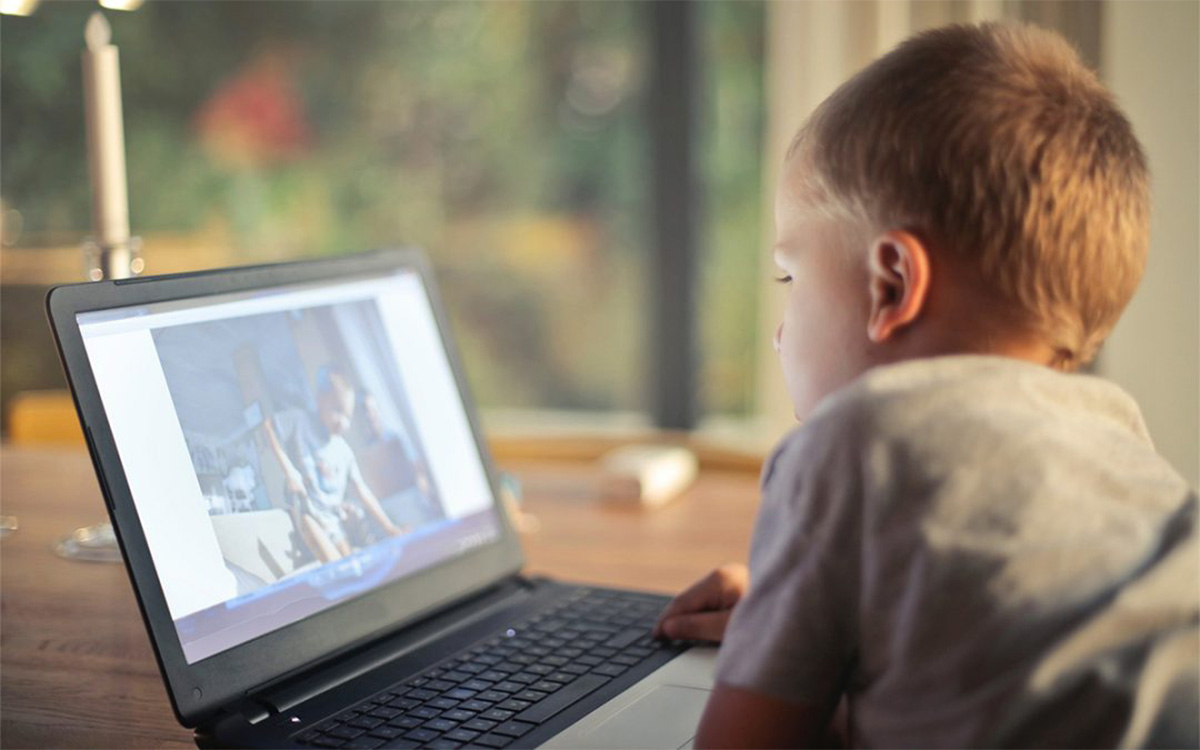 Your child throws a tantrum in public, making a scene that attracts unwanted attention from people around you. You hand over your smart phone and let your child watch a cartoon. Suddenly he is not crying anymore. Even better, he actually sits still and watches cartoons for hours without disturbing you. Sensing great relief, you proceed to attending to your chores while enjoying a moment of silence.

Sounds familiar? You are not the only parent doing this. Parents nowadays are making it a habit to distract their children with smart phones or tablets by letting them watch cartoons or play games with the devices. In fact, a research on Children’s Media Use in America in 2013, reveals that 38% of children who are less than 2 years old have used a mobile device for media, hence, gaining exposure to screen time. Two years ago, the percentage was only at 10%. With more parents feeding their children with more screen time to keep them calm, we know that this method is considered as one of the best ways to keep children distracted. It may seem like a great short-term relief for parents, but have you considered the side effects this method would bring to your child in the long run?

Screen devices are such handy entertainment for children. One device is enough to keep them occupied for hours without a hint of a meltdown. However, along with convenience comes great consequences that will affect children’s health. Excessive exposure to blue light that is emitted from the screens affects children’s eyesight. Blue light is a light spectrum that makes up the illumination visible to the eyes. An article written by Troy Bedinghaus that was reviewed by a board-certified physicians, mentions that besides providing the usual glow we see on screen devices, blue light also amplifies the mood of a person. This may be the reason why children love staring at these devices for a long time. Prolonged exposure to blue light is damaging to a kid’s eyes. Children are still growing and are yet to attain full maturity of their eyes. At the growing stage, children’s eyes do not have fully developed pigments that protect the eyes by filtering harmful blue light emitted from the screens. Studies have also shown that long exposure to blue light causes retinal stress that will potentially result in a chronic eye disease.

Blue light exposure also causes the suppression of the release of melatonin. The hormone functions as a reminder that tells us when to sleep. As blue light withholds the release of this hormone, children lose sleep and hence, causing more problems to follow like irritability, behavioural issues and weight gain. Researchers at the Penn State College of Medicine discovered that “using any device at bedtime was associated with a statically significant increased use of multiple forms of technology at bedtime and use in the middle of the night, reducing sleep quantity and quality.”

Too much screen time also affects the brain structure of children. As they are so used to the presence of screen devices in their lives, all they have seen and understood about their world is done through a two-dimensional screen. In real-life situations, they might have a hard time transferring and applying what they have watched and learned from a 2D screen to a 3D environment. For example, stacking building blocks on a screen is way different from stacking real-life blocks in an actual play area. All your child has ever experienced is swiping those blocks on a screen instead of actually touching them, feeling each texture and stacking them in real-life.

The impact screen time has on children’s social life is more severe than you think. With screen devices largely used, children slowly inch away from the actual form of communication: face-to-face interactions. As children are so caught up with their tiny world on lit screens, they lose the connection with people in the real world. This will cause children to not feel remorse when they make remarks because when they are online, they do not see actual people feeling hurt or offended by mean comments. Psychologist Jim Taylor says that “Kids are spending so much time communicating through technology that they’re not developing basic communication skills that humans have used since forever. Communication is not just about words.”

Social skills should be developed at a young age so children will not be nervous when it comes to face-to-face interaction, but people are now replaced with screens and these children seem to be happy to avoid direct communication by focussing on screen devices – a serious issue that leads to social anxiety. Excessive screen time means that children will have less time and opportunities to interact with their peers and family members, reducing chances for them to recognise facial expressions, body language and learn empathy.

Lastly, contrary to parents’ belief that letting children use smart phones works as a good distraction, allowing children more screen time actually sparks more tantrum, especially when it is time to part with their much-loved ‘toy’. Some parents would give in and hand their smart phones back to their child to stop them from crying – and the cycle continues.

How much screen time is optimal?

It is best to limit the screen time of children aged between two to five years. The ideal screen time for children between these ages is one hour a day, as suggested by the American Academy of Pediatrics. When implicated, this method will bring positive benefits to children. They will physically participate in games and play outdoors with their peers, gaining a good amount of sunlight and fresh air – an element that is so crucial yet obsolete among children nowadays who are too immersed into screen devices. A study led by an associate professor of psychology, Douglas Gentile, Ph.D. from Iowa State University shows that a controlled screen time for children has affected their social, academic and physical development. By allowing children to screen time for a limited amount of time, children have more sleep, were less aggressive, received better results in school and have achieved lower body mass index.

It is understandable that a child born in this fast-paced world needs to keep up with growing times, which means exposure to screen devices is inevitable especially when they are in school where these devices are largely used in lessons. However, at home, you can control your child’s screen time instead of letting him fully conquer it. Implicate a strict rule and make sure your child understands the importance of having controlled screen time. It takes time and a lot of patience to make this happen but the difference is prominent and you will be glad your child is not another kid glued to a smart phone or tablet during a family dinner. In the future, you don’t want to text your child who is sitting right next to you just to talk to him, do you?