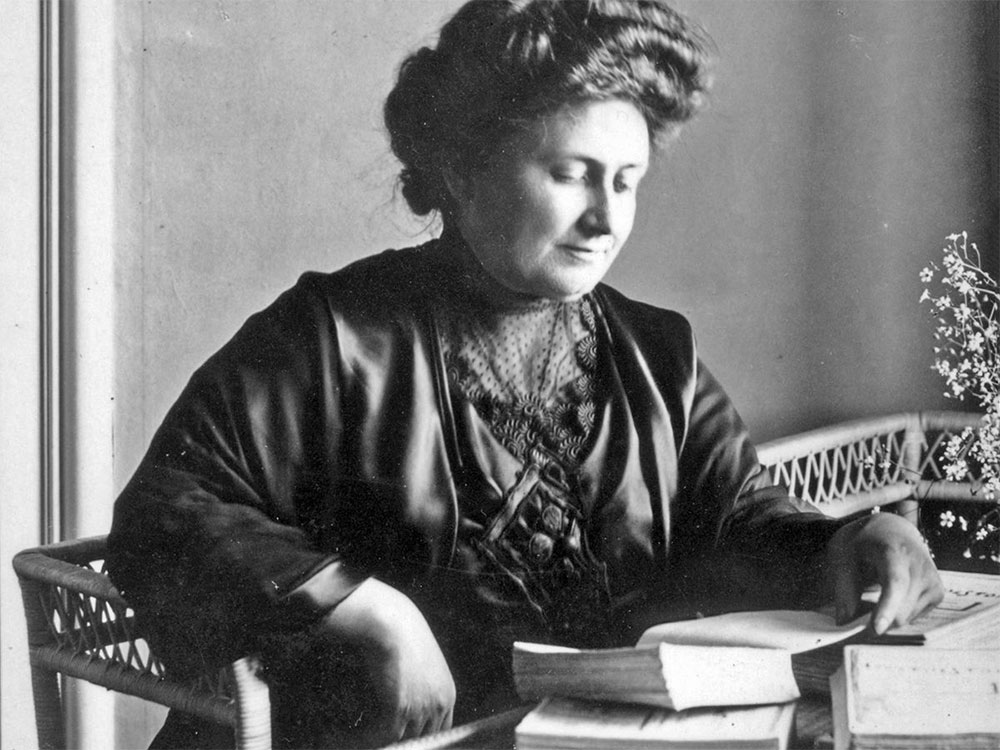 An stirring story of determination and courage

Maria Montessori was a courageous girl breaking the conventional barriers of education set up for those of her gender in the 1890s in Chiaravalle, Italy.

As a little girl, she initially aspired to become an engineer. But once she graduated from higher secondary school, she was determined to become a doctor. Despite her parents wishes to make her a teacher, Maria wanted to enter the field of medicine, which was dominated by men. Maria joined the University of Rome in 1890 and became the first woman to join a medical college in Italy.

Due to the gender bias, Maria faced many obstacles during her study and finally qualified as a doctor in 1896. Dr Montessori was very competent and treated patients from all social classes with the same the respect. She was also a member of Women’s Rights Movement and later joined a research programme at the University of Rome in the psychiatric clinic. Gradually Maria got interested in education and her studies led her to observe and question the teaching methods of children with intellectual disabilities.

A revolution in early childhood education

Maria got the opportunity to further investigate and improve the teaching methods when she was appointed as the co-director of Orthophrenic School. The school admitted a number of children with different disorders and developmental disabilities. She decided to approach the task in a scientific manner by analysing and observing the different teaching methods to find the one that was best for the children. Maria passionately worked throughout the day and compiled her notes at night.The unexpected progress of the children made the programme a big success.

In 1901, Montessori began her study in anthropology and educational philosophy and joined as a lecturer at the Pedagogic School of the University of Rome. During this period of development in Rome, parents were out for work all day while the children created havoc at home. Hence, Maria was approached to keep the children engaged so that they do not damage the newly constructed apartments. Maria willingly accepted the opportunity to open a childcare centre for the poor families. This led to the establishment of her first Casa dei Bambini (‘Children’s House’), which started on the 6th of January 1907. While people did not expect much from this project, Maria felt her vision would be realised one day: “I had a strange feeling which made me announce emphatically that here was the opening of an undertaking of which the whole world would one day speak.”

She brought some of the material that she had developed for children in the Orthophrenic School. Soon she introduced many new activities and other materials but only decided to keep the ones that engaged the children. She realised that when children are placed in an environment that supports their natural development, they have the power of self-education. The young children progressed brilliantly and the news of Montessori’s education approach started spreading rapidly throughout Italy.

In 1909, Montessori conducted the first training session in her educational approach for 100 students.

This was followed by the establishment of a number of Montessori schools, societies and training programmes all over the world. Maria was soon occupied in public speaking and lectures in different countries but she decided to give up these commitments and remain devoted to her primary purpose.

During the same period, the rise of fascism in Europe caused a huge loss as all Montessori schools in Germany were closed by the Nazis in 1933. After she refused to be a part of Mussolini’s plans to incorporate the Montessori schools into youth movement for fascists, he closed down all her schools. In 1939, Maria and her son went to India to run a training course for 3 months in Madras. But due to the outbreak of the war, she was put under house arrest and her stay was extended to a period of 7 years. However, Maria’s passion could not be shaken by the circumstances and she used the opportunity to train over a thousand teachers in India.

After her return to Europe, Maria was asked to address Unesco with the theme of Education and Peace. This was followed by her nomination for the Nobel Prize Award in 1949. She believed: “The child is capable of developing and giving us tangible proof of the possibility of a better humanity. He has shown us the true process of construction of the human being. We have seen children totally change as they acquire a love for things and as their sense of order, discipline, and self-control develops within them… The child is both a hope and a promise for mankind.”

The Montessori Method of education created a century ago still remains relevant despite the development and changes in education. Montessori education is based on the principle of respect for the child. Maria Montessori believed that when children are respected and given the freedom to choose the material they want to work with, they have the power to educate themselves. Over a period of 100 years, the Montessori Method has enabled the all-round development of hundreds and thousands of children, making them contributing members of society.